Yes, North Korea has the internet. Here's what it looks like.

North Korea is so paranoid about its citizens accessing the internet that merely owning a computer requires permission from local government authorities, and all personal computers are registered with the police as if they were shotguns. Private ownership of fax machines is banned outright, and sending a single fax requires high-level authorization. Meanwhile, pirated DVDs of South Korean TV dramas are so illegal that North Koreans caught with them in regular police sweeps can be sentenced to years in labor camps. So you can imagine how tightly restricted internet access would be in the Hermit Kingdom.

Still, North Korea does have the internet. That small web of internet connections between North Korea and the outside world collapsed entirely on December, under an apparent mass cyber attack. While the US never claimed responsibility for the attack, President Obama had warned just days earlier of a "proportional response" to North Korea's hack against Sony. And on Tuesday, Rep. Michael McCaul, the chairman of the House Homeland Security Committee, offered what may have been the first hint of US responsibility for the attack.

For many Americans, though, the entire idea of a North Korean internet seems surprising, and for good reason. Could one of the world's poorest countries, which puts its citizens under near-total control, really have the internet? How does it work? Who can access it? And why would North Korea allow any internet access at all?

A North Korean student in Pyongyang checks information on a computer. (PEDRO UGARTE/AFP/Getty)

If you went to North Korea and asked people about the internet, most of them would probably have no idea what you were talking about. Most of the country is still mired in poverty, much of it rural. But in Pyongyang, the privileged capital city, and perhaps in one or two other cities, North Koreans with good office jobs or coveted university slots might assume that you were talking about Kwangmyong.

Kwangmyong, which is Korean for "bright star," is North Korea's officially sanctioned intranet. It looks sort of like the internet circa 1994; many users even access it with old-school dial-up or computer labs. It is a closed network that runs on pirated Japanese versions of Microsoft software and looks sort of like the real internet but isn't. Rather, it runs rudimentary email and browser tools that are restricted to a hand-picked collection of "sites" that have been copied over and censored from the real internet.

This network is accessible by the handful of computer labs at major North Korean government offices, universities, and a small number of cyber cafes in major cities. (Internal travel is forbidden without permission in North Korea, so most citizens never see Pyongyang or can visit its cyber cafes.) But you need a computer to access it, and that's only possible with official permission.

Outside computers are illegal (except for the very highest elite, for whom many official rules do not apply); the only acceptable computers are produced by Morning Panda, a government-run company that makes only a few thousand computers every year.

The small core of elites who can see the real internet

Then there is a group of privileged elites in North Korea who can access the real internet, which is forbidden to everyone else. The number of people in North Korea with actual internet access is estimated at a few thousand — the tiny core of the country's sprawling government — most of them top government officials.

Many of North Korea's physical internet connections go through a single line that runs from Pyongyang through North Korea's mountainous north and into China, where it connects via China's state-run telecommunications agency Unicom to the outside world. North Korea, in other words, is largely behind China's Great Firewall.

However, North Korea also appears to have routed some internet connections through satellite-based systems: those have included the Russian satellite company SatGate and a Hong Kong–based satellite network run by China's state-owned internet provider. (There are also long-running rumors of a second, secret North Korean T1 line that patches in the most elite officials' devices at much higher speeds and that resolves as Chinese IP addresses.)

If you saw the real internet in North Korea, it would almost certainly be running on a top-of-the-line computer — or even an Apple device such as an iPad or iPhone — which are smuggled in for the use of elite officials. It would likely be quite slow; all of North Korea's devices share a very small amount of bandwidth and run through aging equipment that goes down often.

Not everyone who can access the internet in North Korea is a member of the elite. The country runs some departments that simply need access to the web to do their jobs, namely propagandists and other media specialists as well as hackers and a small number of technocratic researchers. In order to prevent these people from trying to defect when they learn how hellish their country is compared with the rest of the world — or, worse, spreading what they learn to other North Koreans — jobs that require internet access typically come with lavish salaries, high-end government housing, and lots of prestige.

Why North Korea allows the internet

This question — why? — is perhaps even more important than who is allowed to access the real web in North Korea, because it tells you so much about how the country really works.

There are, very broadly speaking, three kinds of internet connections between North Korea and the outside world. This revealing list of reasons one might have web access speaks volumes about the country's priorities.

The first and largest is propaganda: North Korea has graduated in recent years from the text-only rants of state media to surprisingly high-touch social media campaigns, including a steady stream of YouTube videos extolling the greatness of Kim Jong Un and the evils of the American imperialist dogs. North Korea does not have "hundreds of millions" of supporters abroad, as it claims, but it does have a real and important, if small, base of supporters in South Korea and among the ethnic Korean minority in Japan. It also wants to reach its non-supporters abroad, though whether North Korea thinks its propaganda might be earnestly believed or is just hoping to further gin up international tensions with its regular threats is debatable.

The second reason North Korea wants to access the internet is hacking. The country has aggressively grown its cyberwar divisions in recent years into a few thousand highly trained hackers. It uses cyberattacks as a sort of asymmetrical warfare; North Korea knows it would lose any real battles against much-stronger South Korea and the US, but it can still cause mayhem online and has been attacking US and South Korean online institutions for years. This is meant as a deterrent of sorts: don't step on our toes or we'll hack you. (There are also reports of North Korea using the web to run various money-producing frauds to bring in hard currency to a government that badly needs it.)

But the third reason is less straightforward. North Korea's very top elite, the inner core of the inner core, access the internet because they simply don't live in the same universe as their countrymen. While most of North Korea exists in a propaganda bubble where any outside information is an existential ideological threat and truth about the world is scarce, North Korea's top elite are perfectly aware of how it all really works. They allow themselves all the comforts: movies, books, internet access, forbidden technology, forbidden luxury goods, and foods and alcohol smuggled in for their pleasure. Kim Jong Un certainly participated in this, although it's also a tool by which he maintains the loyalty of the elite.

The country's elites also do need this information — what's really happening out there, how the world really works — to run their country, even if they are only running it to keep the cruel, despotic system in place.

What it means when North Korea's internet is shut down 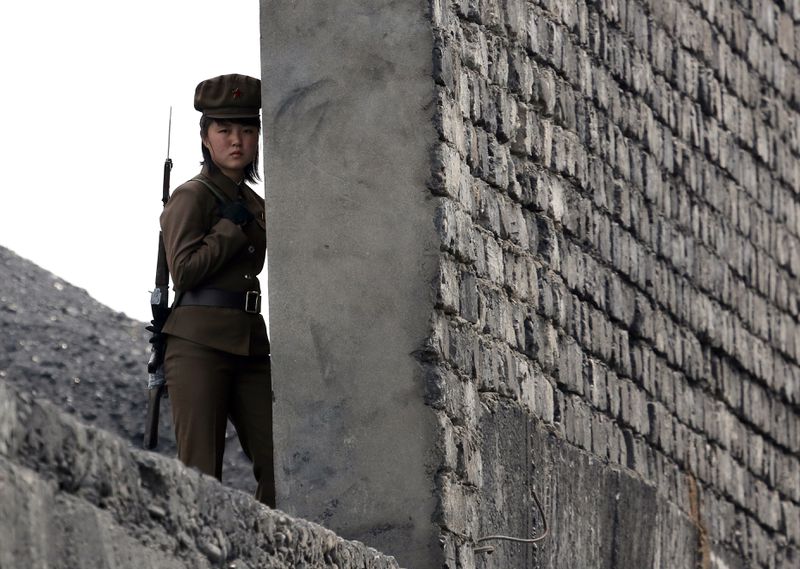 There have been some objections that whoever shut down North Korea's internet in December, whether it was the United States or someone else, unfairly punished an entire country just for the bad behavior of its government.

The truth, though, is that the internet in North Korea is not a public good, nor even a good the public is aware of. It is purely and solely used as a government tool, for serving such ends as propaganda and hacking, and as a luxury good for the elites who run the government.

This is not necessarily to endorse shutting down the internet there as a good thing, but just to note that like so many things in North Korea, the Kim Jong Un regime has distorted it into something that exists almost purely to cement his government's rule and to reward himself.